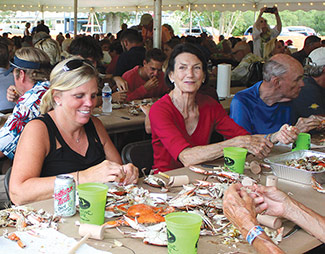 The doors opened at 4 p.m. and after a countdown by…