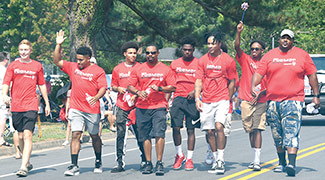 Lancaster High School finished in a fourth-place tie in the 2018-19 Wells Fargo Cup for athletics.

The winners were announced last week by the Virginia High School League (VHSL).

According to VHSL communication director Mike McCall, Auburn, Maggie Walker, Western Albemarle, Blacksburg, Deep Run and Cosby all re-claimed the top spots for Classes 1 through 6. This is the first time in cup history that all six schools repeated as cup champions under the six-classification system. It happened once during the three classification system during the 2008-09 and 2009-10 school years.

Lancaster tied with Galax for fourth place with 240 points. Some 48 teams were awarded points in Class 1.

The Wells Fargo Cup winners are determined by…