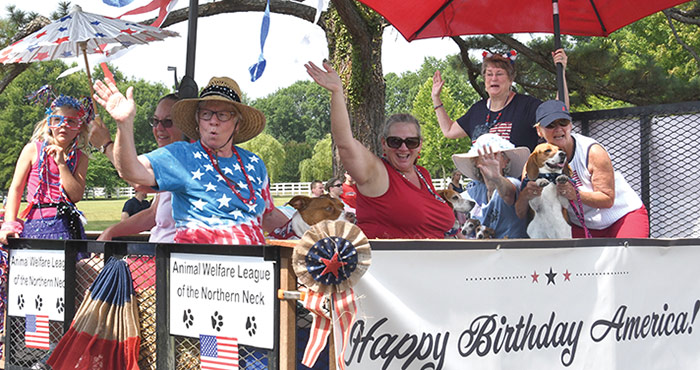 Volunteers with the Northern Neck Animal Welfare League and their canine companions got into the holiday spirit with a decorated float in the Irvington July 4 Hometown Parade. They marched along King Carter Drive last Thursday, entertaining thousands of visitors at the Irvington July 4 Hometown Parade. Despite the heat and humidity, a record number of people opted to start their Independence Day festivities at the 20th annual parade. Photo by Lisa Hinton-Valdrighi