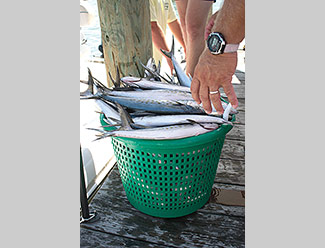 The tournament saw a record number of 77 boats likely due to the great fishing over the last several weeks, said tournament co-director Mike Loser.

Over $5,000 in prize money was given away in four separate divisions.

Dream Fields at 1385 Irvington Road, Kilmarnock, is in the planning stages of upgrades and renovations and the money that was raised during this tournament will directly benefit that undertaking, said Loser. Dream Fields 2020 will focus on moving the parking lot for added security and to facilitate future expansion, as well as hook into town sewer.

“The weather was perfect for the tournament,” said co-director Mia Loser. “For a week before the tournament, the forecast was very favorable. We expected a good turnout, and we really got one.”

The 77 boats was the most ever…