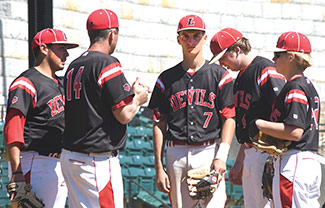 “There’s no crying in baseball,” according to coach Jimmy Dugan, played by Hanks in “A League of Their Own.”

But as Auburn got the first out, then the second, during Lancaster’s final at-bat in the state championship at Calfee Park in Pulaski, silence fell in the LHS dugout. Discreetly, several players started to wipe their cheeks.

For the radio listeners back in Lancaster County, the ones following the play-by-play on Twitter and the 150 or so fans that made the five-plus hour drive to the final, reality started to sink in. Auburn was about to win the Class 1 championship, 9-0.

In 30 years of covering high school sports, I’d seen the joy of victory and a great deal of agony in defeat. But I’d never cried until I saw the tear-filled eyes of the senior players who I’d watched mature from middle schoolers to state championship-caliber ballplayers. And so a lump formed in my throat and the tears fell. I discreetly wiped them away.