Excerpts taken from the August 20, 1925 edition of the Rappahannock Record

reports of physicians, it appears that there is much more typhoid there than for several years.

The laboratory examinations from some suspicious cases show the presence of bacillary dysentery of the Flexner type. As you know, this is severe and often fatal, especially among children.

The presence of both typhoid and this severe type of dysentery shows the urgent necessity of better sanitation at the homes. It is extremely important that all bowel discharges, especially of the sick should be so carefully disposed of as not to endanger the source of drinking water or be accessible to flies.

Typhoid vaccination should be strongly recommended. Mailing cases for sending specimens of blood and feces to the laboratory for examination to aid in definite diagnosis will be furnished upon request.

Use Electric Shocks for Regulating Hearts

One of the most remarkable of recent medical inventions is the static wave device. 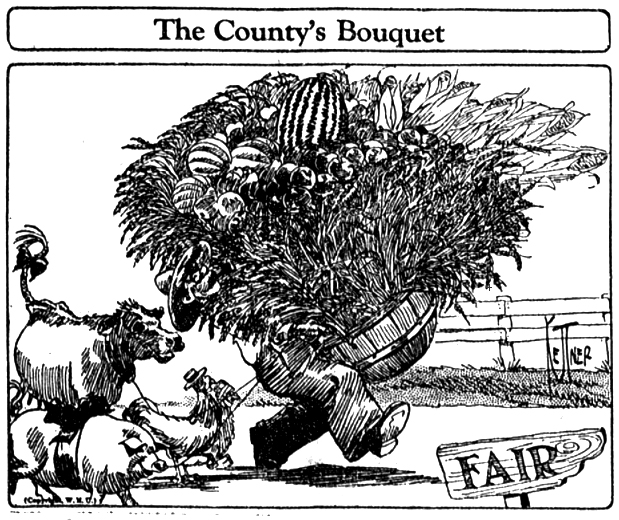 Its purpose is to regulate the beating of the heart, should it be too fast of too slow. The patient sits in in an insulated chair connected with a machine which passes an electric current through the body.

Outside the machine is a revolving ball, fixed to the end of a metal rod. every time the ball passes another stationary ball, electricity is discharged from the body, causing the muscles to relax, if the heart should be beating 74 times a minute, but is six beats fast, says the Detroit News, the revolving ball is timed to go around at 74 revolutions a minute and the heart can be quickened.

This wonderful machine was exhibited at a recent medical exhibition in London. The force of the current is such that a person putting his hand within six inches of the chair receives a powerful shock.