Excerpts taken from the August 25, 1960 edition of the Rappahannock Record 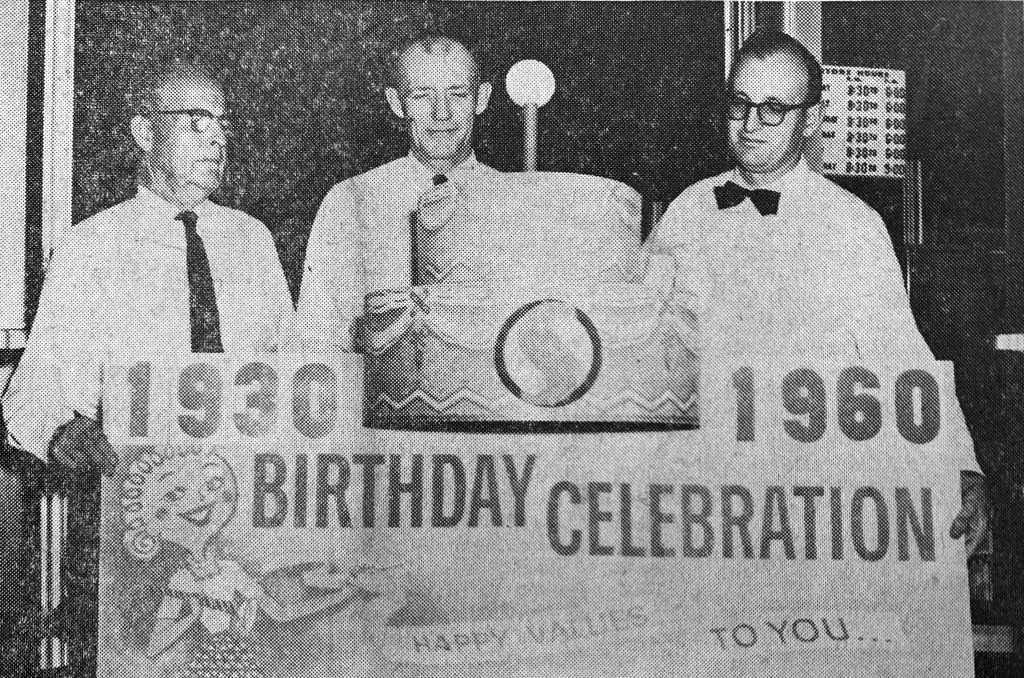 The Safeway Store, which is celebrating its 30th birthday in Kilmarnock this week, has had only three managers. Lacy Spriggs (left) was manager of the Sanitary (later Safeway) store from the time it opened in the building now occupied by Warnkey and Finney on August 22, 1930 until it moved to the Davis Building a the other end of Main Street in August of 1949. Carey Crafton (center), now manager of the Culpeper store, was manager of the store until January of 1953 when he was succeeded by George Fulton. The local store, which moved to its new building on Irvington Road on June 12, 1958 has grown with the town and now has 24 employees. 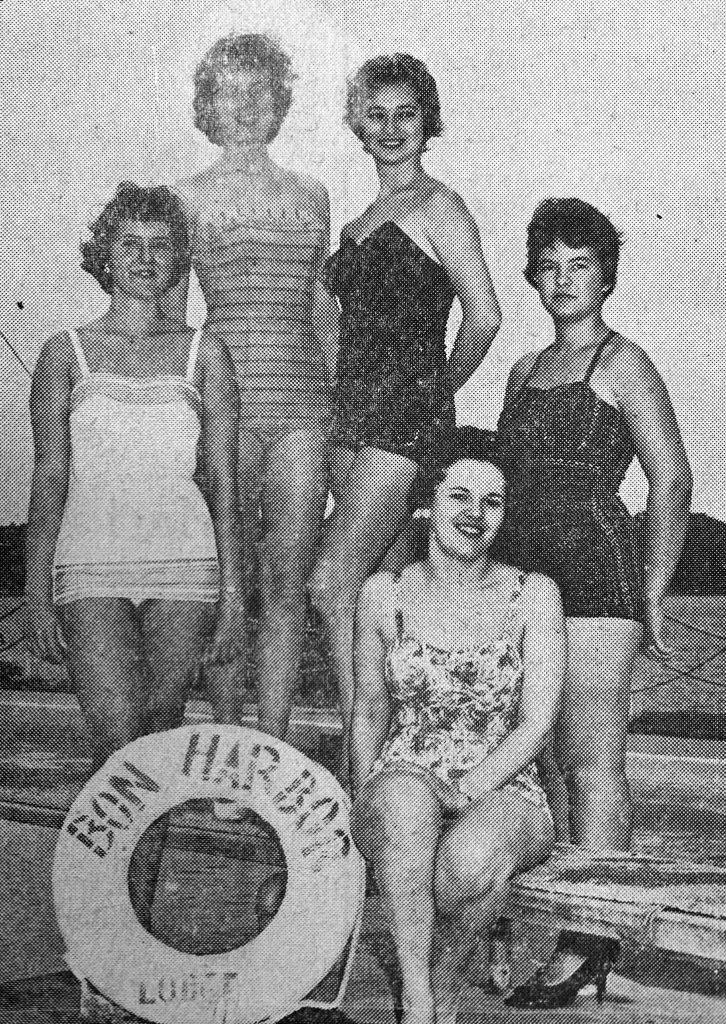 A few of the more than 50 sponsored beauties who will compete in a bathing beauty contest for the title of “Miss Bon Harbor” on Saturday, August 27, are (left to right) Sue Gaskins, Rebecca Tebbs, Laura Rose Potter, Patricia Clauson (seated) and Sue Routt. Bon Harbor Lodge and Each Club, sponsor of the contest, will contribute the entire proceeds from this event to the Kilmarnock Rescue Squad.

Old Cedar Tree to be Preserved 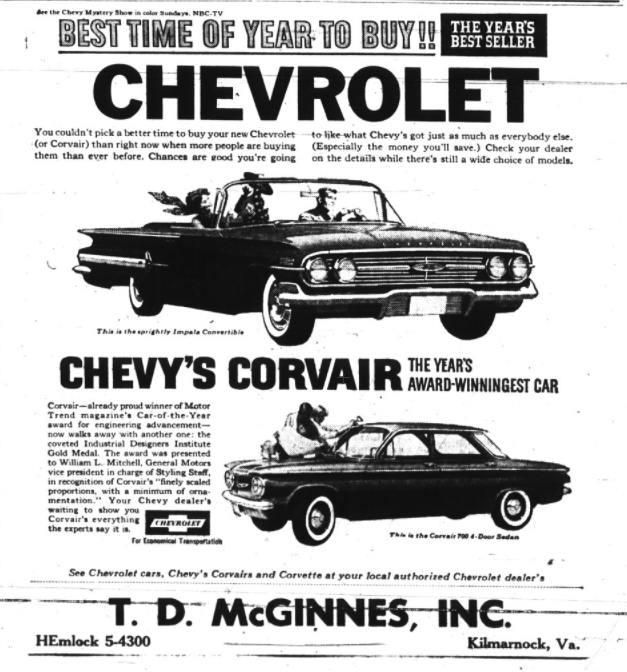 planted in early colonial days by Robert “King” Carter built about three miles away, will not be disturbed by the curb and gutter project planned by the State Highway Department.

When plans for the curb and gutter project were made known to the members of the Cobbs Hall Chapter, D.A.R. the society, realizing the historical value of the tree, wrote to the department of highways requesting them to spare the tree, which is more then 225 years old. The members of Cobbs Hall Chapter are greatful to the highway department not only for themselves but on behalf of other residents of Lancaster County for their efforts in preserving this landmark of colonial history.