Excerpts taken from the February 19, 1931 edition of the Rappahannock Record

Prohibition inspectors from Richmond were in this section on Thursday of 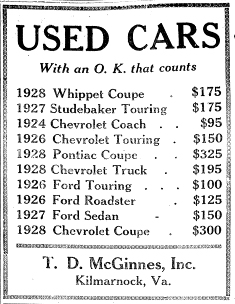 last week and searched the home of William Montague of Kilmarnock where the found one and one half pints of alleged spirits. Nothing was found in the home but the alleged liquor was found outside where it was buried.

Montague was given a hearing before Justice Chilton where he plead guilty and the case was sent on to the grand jury for hearing at the March term of court. Montague was released on bond for his appearance at the court at that time.

A still and several barrels of mash were also located near Kilmarnock but no arrests were made. The mash was destroyed and the still was kept as evidence of the raid. 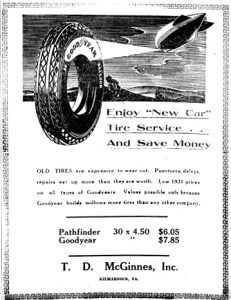 death, has been established to the satisfaction of local authorities, who are now working in an effort to ascertain the source of the liquor. If this effort is successful, arrests will be made, it is stated, and a vigorous prosecution will follow.

The boy, for he was little more than that, died without revealing any information as to where he obtained the drink which killed him. He is said to have refused to answer all inquiries on the subject.

It is know with reasonable certainty that he obtained the liquor on Sunday morning. Several hours later he was taken violently ill. Before death caused the following Tuesday he became afflicted with blindness, a typical symptom of wood alcohol poisoning. 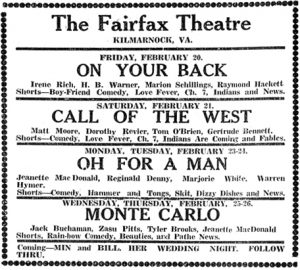 This is not by any means the first death that had occurred in this section from wood alcohol poisoning. There have been several instances of similar fatalities in Middlesex and upper Gloucester countries during the past year or two, but efforts to locate the source of supply have seemingly filled. Evidently some of the numerous bootleggers plying their trade in this section are handling a product that is sure death if enough of it is absorbed.