Excerpts taken from the January 2, 1941 edition of the Rappahannock Record

James Stuart Norris of Weems and Clark Johnson of Somers have been selected for induction into the military service for one year of training. 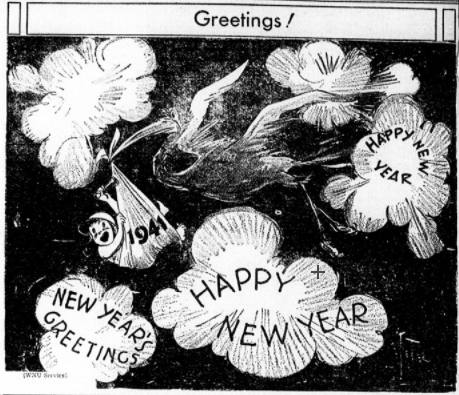 The two men will report to the Local Board at Lancaster at 3:30 p.m. on Friday, January 10, whereupon they will be sent to an induction station of the United States Army at Baltimore. They will be given transportation on the bus leaving Lancaster at that time.

Norris’ order number is 2 while the order number of Johnson is 10. David James Pittman, order number 20, has been named as replacement in case one of the men is not accepted at the induction station. 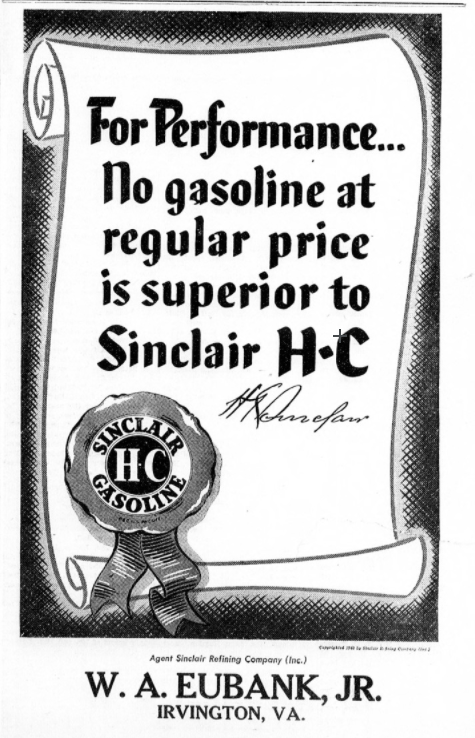 Four hundred questionnaires have been sent out from the office of the Local Board at Lancaster. Men who are not placed in deferred classification are being notified to report to the office of Dr. M.C. Oldham for examination at the rate of about three a day.

Miss Lucille Rice of Reedville was elected Queen of the Holly Realm for 1941 at the annual Holly Bally held at Kilmarnockon Thursday evening during Christmas holidays.

Miss Rice is the daughter of Mrs. L. B. Rice and the late Mr. Rice.

Warren Taylor Slaughter of Reedville was minister to the queen. As her maids of honor Miss Rice chose Miss Eleanor Ray Marsh and Miss Mary Wells Moore, both of Reedville.

The maids were accompanied by William C. Lunsford, Jr. of Reedville and Raymond Taylor Waller of Fleeton.

The coronation address was delivered by R. Hill Fleet who removed the crown from the brow of Miss Palmer and placed it upon the head of the newly elected queen.

The grand march following the coronation was led by Mrs. Alfred I. du Pont and Mr. Paul Palmer. Mr. Palmer, father of the retiring queen, is the son of the late John Palmer, who planned the first Holly Ball in the late years of the last century.

Holly, as usual, was used in decorating the hall. It was from this beautiful evergreen that the ball received its name. Dan Gregory and his orchestra furnished music for the occasion.