Excerpts taken from the July 7, 1949 edition of the Rappahannock Record

MANY HERE FOR JULY 4 HOLIDAY

Large crowds flocked to the Northern Neck for the 3-day Fourth of July holiday. All of the hotels and resorts were filled to capacity and many of the homes had guests. 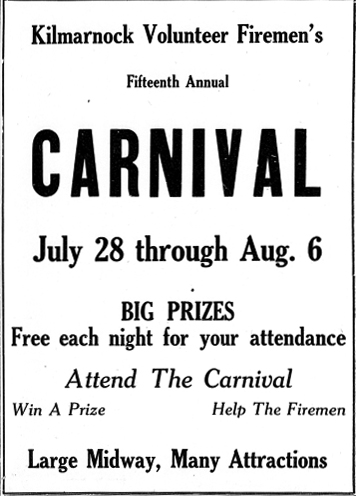 The big event of the day was the Rappahannock Day celebration at Irvington. With the weather hot and clear everything went off very well due to the large amount of advance preparation by the various committees.

From 9:00 a. m. to 2:00 p. m. boat races in Carters Creek occupied the attention of the home people as well as many visitors.

In the work boat class, of chief interest to the local citizens, Charles and Horace Barrett, of (Glebe Point, with their Mary Bea, led the way across the finish line by about 15 feet in the class for boats of 150 h.p. and under.

In the race for 150-and-over class, Charles G. Harper, of Palmer, led the way in Betty Ann, to win a very close one. 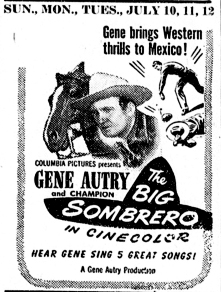 It was Jerry Powell, of Richmond, with his new West Coast boats who showed the hundreds of spectators along the banks of Carters Creek and afloat on the watery “sidelines” just how much speed could be churned up by any one motorboat. Powell’s new Skedaddle and Skedoodle, 135 and 225 hydros, were easy victors in their class events.

The races were run off under ideal conditions. The Coast Guard patrolled the course during the races. Calvin Barrack, committee chairman, reported 52 entries for the various events.

The most colorful feature of the Rappahannock Day celebration was the coronation of “Miss Rappahannock”. A large crowd lined the banks of the creek at the Irvington Beach Hotel as the “Faye”, owned by Wilbur Morgan and Son and piloted by Vernon Crockett, brought the queen and her court to the dock.

The fair young ladies from the various communities of the Northern Neck and Southside presented a most beautiful picture in their white dresses against the background of green cedar and pine. Red, white and blue flags extended from the bow to the mast to the stern of the boat with red, white and blue bunting surrounding the throne.

U. S. Senator A. Willis Robertson, after bestowing high praise on the Northern Neck for the great men it has produced and for the important part its citizens have played in the development of the nation, placed the crown on the head of Miss Dorothy Ames of Montross as “Miss Rappahannock.”

After the coronation of the queen and the presentation of the cup to her, a grand parade to the shore was led by Boy Scout Charlie Kues, Jr.

Following the grand parade, cups were presented to the winners in the boat race.

In the afternoon baseball game, White Stone defeated Irvington 11 to 3 and in the night game to conclude the events of the day Irvington defeated White Stone 8 to 7.

OPPORTUNITY DRIVE TO END ON JULY 18

Virginia’s Savings Bonds sales to June 25th totaled $12,324,818, against a quota of $16,100,000. These figures have been released by the State Director’s office. The accounting period for the drive ends July 18th, it was pointed out by C. H. Edwards, State Director. Reports of sales that reach the Federal Reserve on or before the close of business July 18th will be credited against county and city quotas.

“We confidently expect sales reports between now and the end of the accounting period, July 18th, will narrow the gap between total sales and quotas in a large number of counties and cities, thus enabling Virginia to meet her E Bond quota for the Drive of $16,100,000,” said Director Edwards.