Excerpts taken from the May 26, 1960 edition of the Rappahannock Record

The State Democratic convention in session at Virginia Beach Saturday pledged Virginia’s  33 votes to Texas Senator Lyndon B. Johnson for president after efforts to send an uninstructed delegation to the July 1 convention in Los Angeles had been beaten by a decisive majority of the 1,589 state convention delegates. 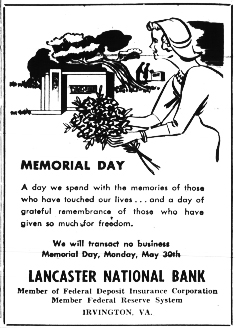 After defeating a motion to adjourn sine die the convention approved its resolutions committee statement that “It ma be reconvened at the discretion of the State Democratic Central Committee at a time and place fixed by said committee.”

Among the policy statements adopted were one expressing unalterable opposition to the enforced mixing of the white and Negro races in public schools and another pledging the state party to resist by every lawful means the unwarranted encroachment on the states’ rights posed by the Supreme Court’s school desegregation decree and other decisions.

Sidney S. Kelly of Virginia Beach was elected as Democratic National Committeeman to succeed G. Fred Switzer of Harrisonburg who did no seek reelection to the national committee post he had held for 12 years.

In the Eighth District caucus Saturday a motion by State Senator E. O. McCue of Charlotttesville to endorse Senator Lyndon B. Johnson of Texas for the Democratic presidential nomination was withdrawn after State Senator Blake T. Newton of Hague expressed opposition to making any endorsement.

Newton said the caucus should endorse no one because there were supporters present for Johnson, Kennedy, Symington and Stevenson. Newton said he wanted to see an uninstructed Virginia delegation and that he would support any of them in he election if they were nominated. 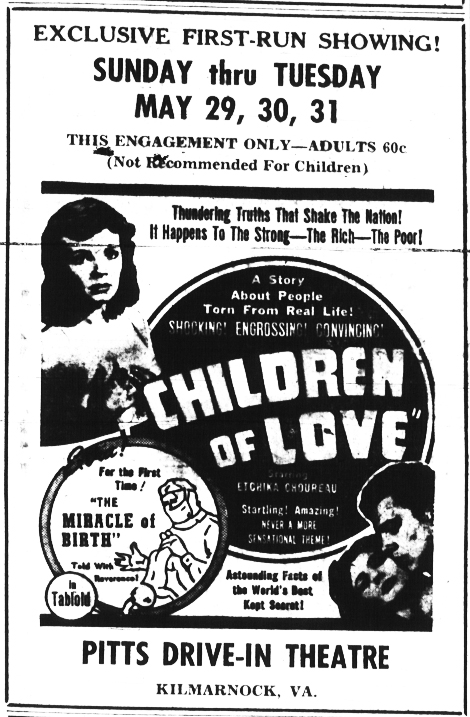 Eights District Democrats, after balking at the district caucus, swung behind the state party’s endorsement of Sen. Lyndon B. Johnson for president late Saturday.

Only five of the district’s 22 counties and cities held out for an uninstructed national delegation when polled at the height of a state convention floor fight.

Holdouts were Charlottesvillle and the counties of Westmoreland, Lancaster, Greene and Louisa.

Helping swing the district strongly behind Johnson was word passed by close backers of Rep. Howard W. Smith the the congressman favored the endorsement.

Record to Use New Type Face

Yes, out of several type faces studied and compared for every quality of easy reading, we’ve come up with one that is tops in its field. It’s called Corona, the typeface we are using in our news columns today. But, before we tell you more about it, we’d like you to compare Corona with our old type style in the examples below.

Corona, long American’s most popular newspaper body face, is used by more than twice as many papers as the second ranking face.

Corona was scientifically designed by typographic experts of Mergenthaler Linotype Company. It is styled specifically for use in modern newspapers where a clear-cut,  plain letter can mean the difference between easy reading and the discomfort you get from the “cramped,” filled-in letters of some type styles.

Corona shows plenty of white space where white space counts; the letters a, o, and e, for example are opened up so the do not serve as “ink traps”— more space has been put around the letters to make them easier to read and more appealing to the eye. Each letter is designed so that it flows into the next, knitting together firmly into words. 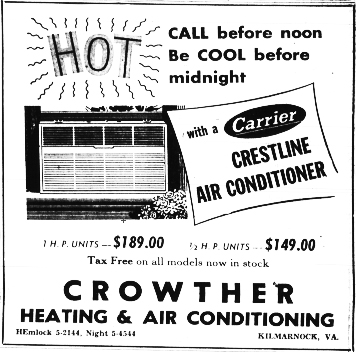 Months of work went into drawing and re-drawing the complete alphabet, figures and punctuation marks in optically correct proportions and dimensions. the, master patterns were made to serve as guides for cutting the new type face on steel punches. Finally; small brass matrices, or letter master molds, were punched to be used in casting lead slugs on Linotype machines.