Excerpts taken from the October 11, 1990 edition of the Rappahannock Record 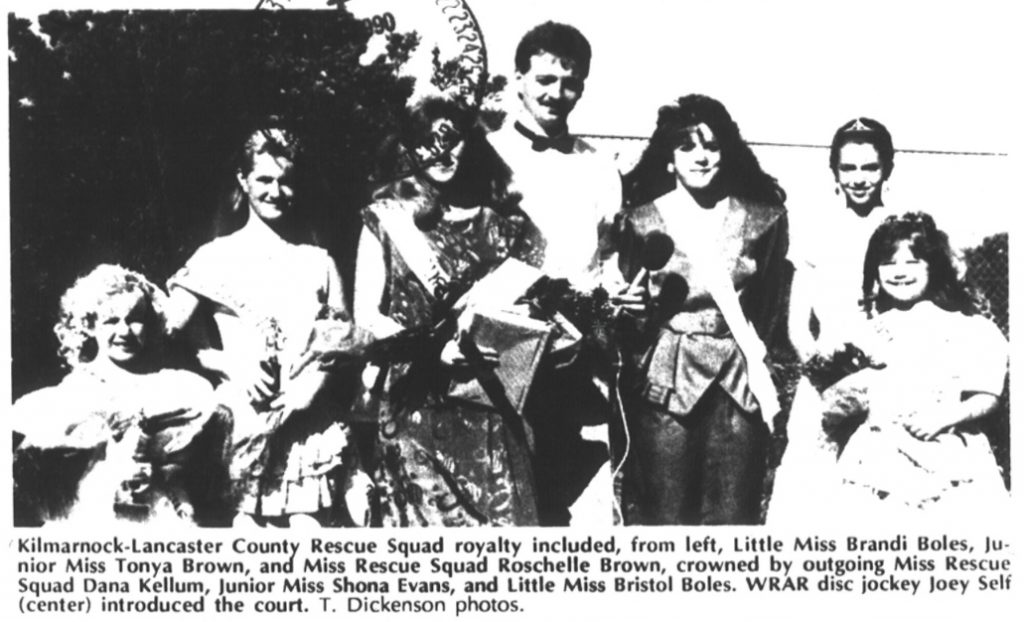 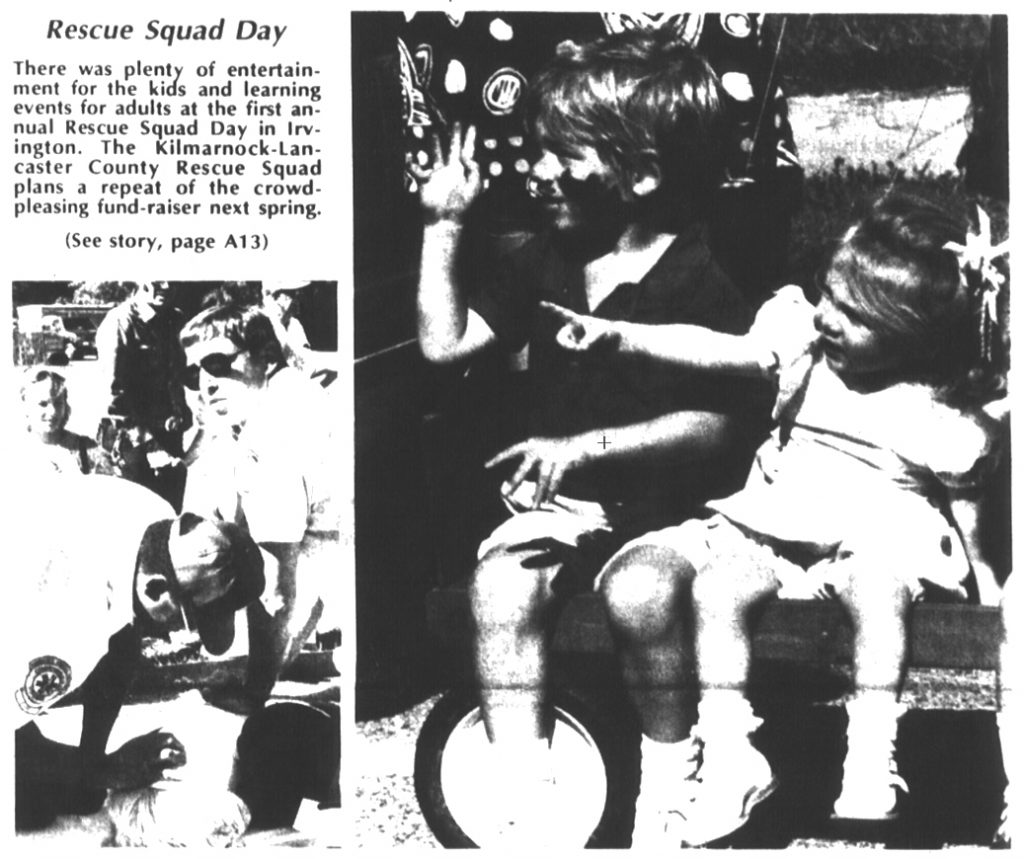 It was a comfortable melding of an old and new tradition Saturday in Irvington: the traditional Fourth of July Irvington Day games and contests remained the same, while the organizers and the monetary benefit went to a much-needed new source.

The Kilmarnock-Lancaster County Rescue Squad picked up the Irvington Day concept this year with a new twist for families — crime prevention, health and safety.

The squad kicked off its annual fund drive this month with a larger need than ever. The new squad building on Harris Drive is expected to break ground before the end of the year; increasing costs for equipment and day-to-day operating expenses have pushed the squad and auxiliary into untried avenues.

Many members double as volunteer firemen and put on similar fund raising events around the county throughout the year. Many of those were in evidence Saturday, helping in food and drink booths, auto extrication demonstrations and other emergency health care displays, giving blood pressure checks, and helping with, and competing in, the games and fun.

It was a great family day from 10 a.m. – 5 p.m. and, if you missed it, check it out next spring when the squad plans a repeat. While turnout couldn’t be considered poor, organizers are hoping for a larger crowd as an early event next year. “People have had something to do every weekend since September,” said auxiliary president Rose Donovan, who coordinated many of the events. “They’re Saturday’d out. I don’t blame them. If we hadn’t needed the money we wouldn’t have tried to bring this off this late in the year.”

For the hundreds who showed up, the day couldn’t have been more fun. The hometown parade was just the right length, with winners going home with trophies and congratulations. 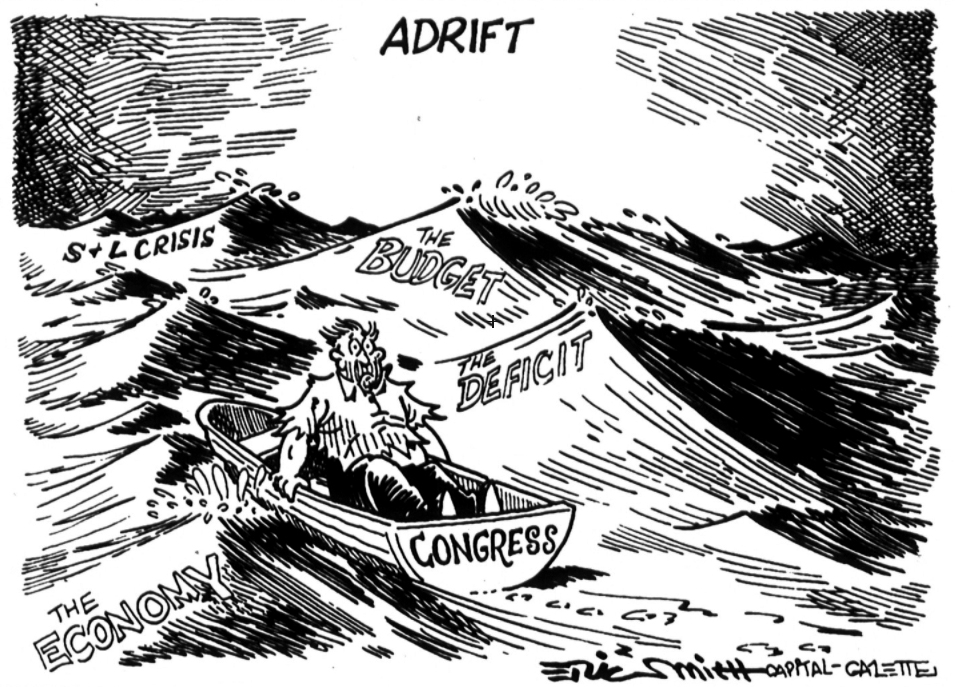