Excerpts taken from the September 10, 1970 edition of the Rappahannock Record

August 1970 Was Driest on Record

Warsaw, has announced that August of 1970 has the distinction of being the driest August on record since recordings were first started at the station.

The heaviest rainfall at the station occurred in August of 1955 the 11.90 inches, as a result of Hurricanes Connie and Diane, was recorded, In 1969 when Hurricane Camille visited the area 11.25 inches of rain was recorded in August.

Total precipitation from January 1 to September 1 was 22.70 inches which is 7.27 inches below normal.

Announcement was made yesterday by President John H. Upton of plans for ground breaking ceremonies for the beginning of construction of the buildings of the South Campus of the Rappahannock Community College at Glenns at 1 p.m. on Friday. The public is invited to be present on this 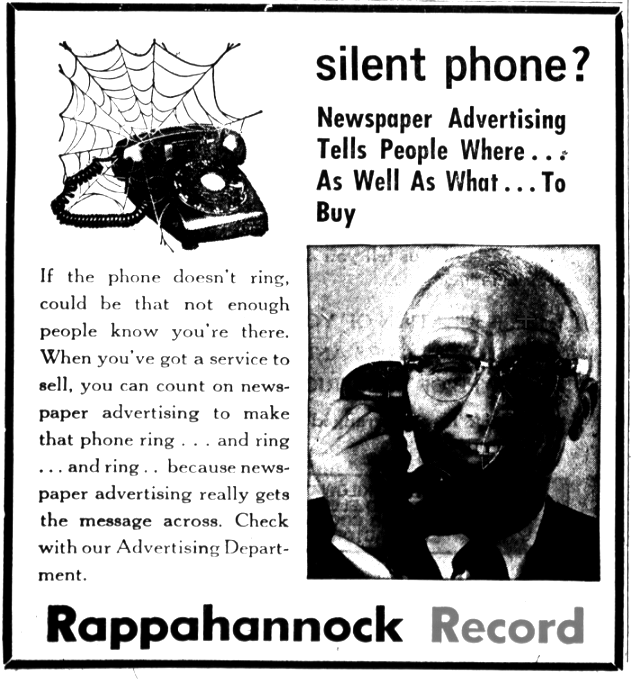 The local board of the Rappahannock Community College last week selected a bid of $1,300,500 by the Apex Building Contractors, Inc. of Newport News for construction at the South Campus.

Following a conference with representatives of the architectural firm of Forrest, Cole and Associates and the contractor President Upton announced that the board would recommend the construction of the entire physical plant. 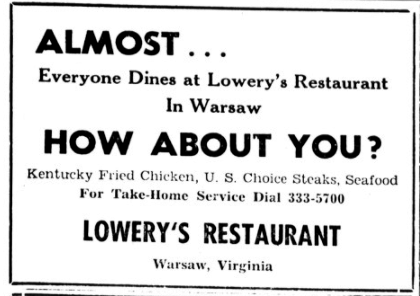 The South Campus at Glenns is scheduled for opening in September of next year in time for the school session. President Upton made the announcement from his office on the North Campus in Warsaw.