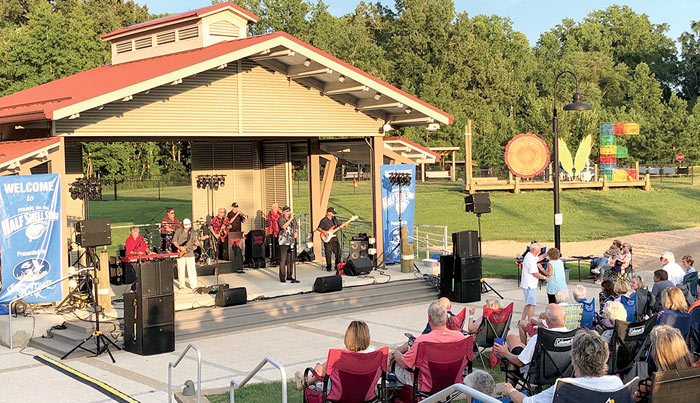 Ron Moody and the Centaurs of Richmond were featured Thursday, August 19, on the Music on the Half Shell Stage at Town Centre Park in Kilmarnock. Moody is the only original member, followed closely by Chuck Rush of the group’s first horn section, both with over 50 years in the band. Other members are Sam Keene, lead guitar; Mike Moore, bass and vocals; J.W. Belsen, piano and vocals; Gary Hardle, saxophone and vocals; Louis Millhouse, trumpet; and Mark Imes, drums. Ron Moody and the Centaurs were inducted into The Beach Music Hall of Fame in 2008. Photo by Amanda Dunbar Rogers