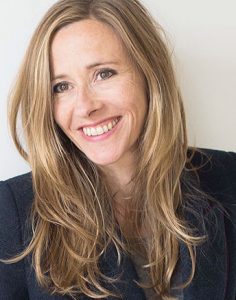 Wulf’s lecture will conclude a four-part series that explores “Virginia’s Gardens: Past and Present.”

According to publicity chairman Marilyn Hedges, Wulf will investigate the lives of the founding fathers and how their attitudes to plants, gardens, nature and agriculture shaped the American nation.

George  Washington, John Adams, Thomas Jefferson and James Madison regarded themselves foremost as farmers and plantsmen and for them gardening, agriculture and botany were elemental passions, as deeply ingrained in their characters as their belief in liberty for the nation they were creating. In a retelling of the creation of America, the award-winning historian Wulf will show how plants, politics and personalities intertwined.

Wulf is the author of five acclaimed books, said Hedges. The Brother Gardeners won the American Horticultural Society 2010 Book Award and her books  Founding Gardeners and The Invention of Nature were on the New York Times Best Seller List. She has written for many newspapers.

In 2014 she co-presented a four-part BBC TV garden series and she appears regularly on radio.

It was a finalist for the Kirkus Prize 2015 and was shortlisted for the Andrew Carnegie Medal for Excellence in Non–Fiction 2016. It has recently been longlisted for the Cundill Prize for Historical Literature 2016 and was chosen as one of the 10 Best Books of 2015 in the New York Times.

Wulf has lectured widely to large audiences at the Royal Geographical Society and Royal Society in London, the American Philosophical Society in Philadelphia, Monticello and the New York Public Library, said Hedges.

In addition to an illustrated slideshow, the event will include a book signing and wine and cheese reception with Wulf. Tickets are $35 and may be purchased at https://christchurch1735.ticketleap.com/2017-sunday-lecture-series/ or at the Historic Christ Church & Museum office.