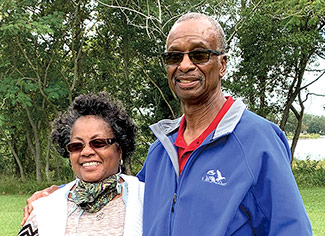 Lee recently was honored by his Camp Kekoka family for his consequential role in establishing the YMCA resident camp in 2005 and for grounds management, counselor mentorship, and the occasional fixer of camp mishaps. His Camp Kekoka stint followed a 32-year professional career with Verizon.

“I was just looking for something to do for a couple of years,” said Lee.

Lee is a Lancaster County native with an engaged track record of community and public service. He was serving on the Northern Neck Family YMCA board when he heard that a developer was trying to buy the 97-acre tract on Indian Creek…