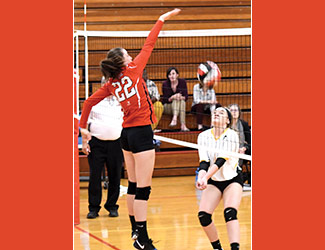 The varsity Lady Devils improved to 6-2 on the season and 2-0 in Northern Neck District play last week with back-to-back sweeps of Colonial Beach and Essex.

Rachel Woolard served for 22 points, including 11 aces, to lead Lancaster behind the line.