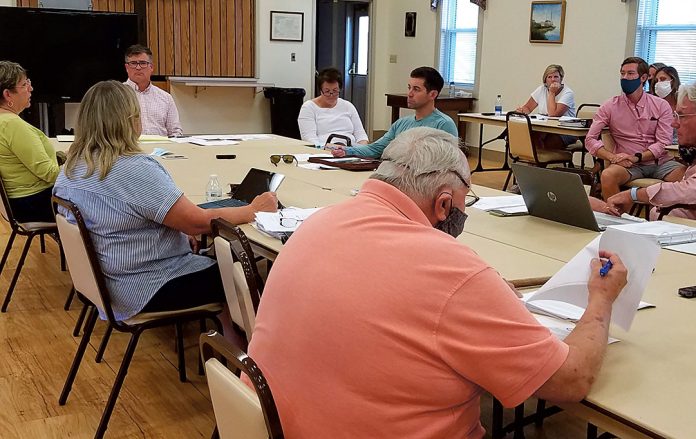 IRVINGTON—In the first meeting of the newly elected and reconstituted town council, there appeared to be differences in opinion of how the town of Irvington will operate and govern itself.

New mayor Albert “Tripp” Bugg opened the meeting with a brief statement saying, “We’ve had in the past, and will definitely have in the future, many things that we agree upon and many things that we disagree upon, but there’s one thing we all have in common: our love for Irvington.” Bugg urged everyone to keep that in mind as they make decisions “in the best interests of the town.”

During public comment, a theme began to emerge about existing town roles. Resident Jeff Ewing wanted to stress the importance of an independent town staff.

“I would be concerned if the council became more involved in the actual duties of the town. The council exists as a supervisory role. If the council becomes more doers and less overseers, then you can’t correct your own work. It’s one of the accounting rules,” said Ewing.