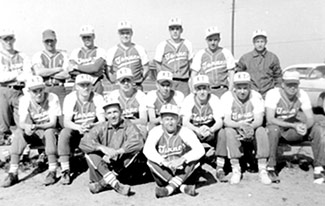 For many people living in the Northern Neck now, the word Texacos either has no significance, or they may think of petroleum products.

Most have never heard of the Kilmarnock/Lancaster Texacos men’s fast pitch softball team that made local news while entertaining thousands from 1957 to 1972.

From a humble beginning on an old baseball diamond in Ottomon, the result of a wager between two employees of the Rappahannock Record, “Shorty” McCrobie and “Sonny” McCarthy, a softball powerhouse was formed.