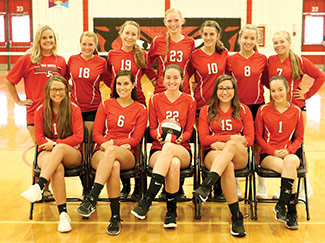 Lancaster opened its varsity volleyball season with a 3-0 sweep of non-district opponent West Point last Tuesday behind its veteran players.

Middlesex beat Lancaster, 3-1, last Thursday for a 1-1 start for the Lady Devils.

Coach Keegan Walters and new assistant Allie Hoffman field one of the most veteran teams in the Northern Neck District with eight returners and put a pair of twin towers at the net in Rose and senior middle hitter Sydney Price.

“Sydney and Shelby have both been working really hard in the off season,” said Walters. “They’re obviously going to be a…