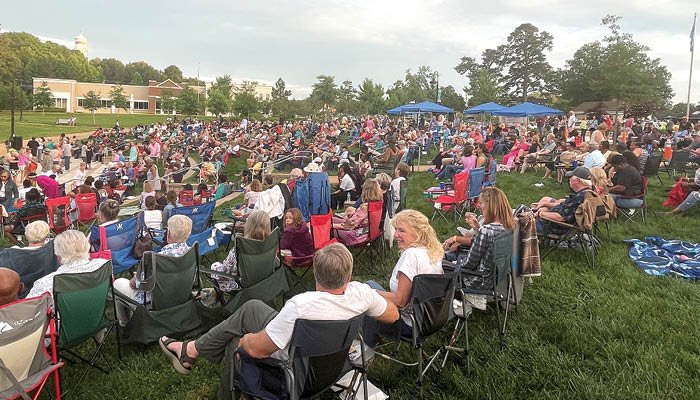 The Music on the Half Shell concert series opened Friday, June 3, with Soul Expressions from Richmond at Town Centre Park in Kilmarnock. An estimated crowd of 1,000 spectators spread out across the grounds of the amphitheater. The season-opening concert was originally scheduled for Memorial Day weekend but was postponed a week because of weather. Kamboombox from Virginia Beach will be featured Thursday, June 16. Admission is by season pass or $10 per person. Photo by Lisa Hinton-Valdrighi