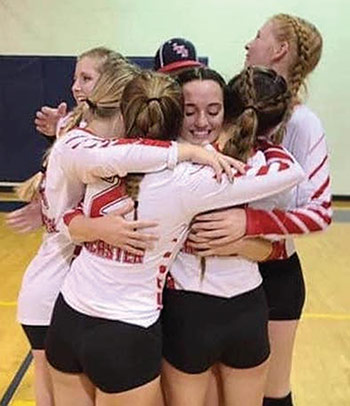 It’s been 14 years since the Lancaster High School volleyball team made an appearance in the state tournament. But with a 3-2 win over Chincoteague in a Region 1A semifinal last Thursday, the Lady Devils sealed a spot in next week’s Class 1 play.

Lancaster last advanced to the state tourney in 2007, when it lost a first round match, 3-1, to Rappahannock County.

Lancaster’s hard-fought victory on the Eastern Shore last week also earned the Lady Devils a shot at the Region 1A championship this week against Rappahannock. The Raiderettes swept Northumberland, 3-0, in the other semifinal. The final was scheduled for November 9. Both the regional champion and runner-up advance to the Class 1 tournament….[to-view-more]