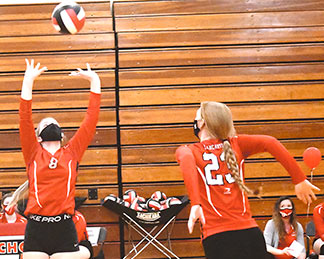 Lancaster’s varsity volleyball team celebrated senior night last Tuesday by picking up its third win of the season and its first against a Northern Neck District team.

The Lady Devils beat Northumberland, 3-1, stunning the Lady Indians with a 25-8 win to open the best of five series.

Shelby Rose was behind the service line for nine straight points in the opening game. She put over three aces in the run and LHS got two kills from….[to-view-more]