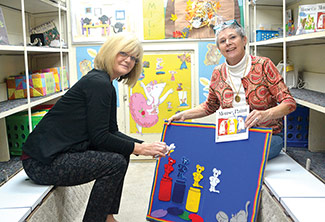 KILMARNOCK—In the spirit of the season, the Lancaster Community Library (LCL) recently announced plans for sharing a generous gift with the community through a couple of its outreach programs. The late Kathryn Freeman left $400,000 in her will to the LCL.

Freeman, who died May 14, 2018, was not involved in the library, said library director Alice Cooper.

“She didn’t even have a library card,” said Cooper.

“She was just an angel with the library on her heart,” added teen director Demetrius Means.

Freeman and her husband, James, lived in Ophelia until…