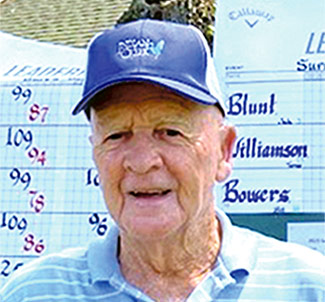 Shooting your age is one of the toughest and most impressive accomplishments in golf. It’s a feat that eludes many golfers. Jack Blunt of Kilmarnock does it several times per year.

The 86-year-old shot his age or under 13 times last year and has been doing it at least once a year since his 72nd birthday. He estimates he’s shot his age or better 111 times over the last 14 years.

“I shot 72 par when I was 72. Then I thought maybe I can do this every year,” said Blunt. “Of course, now it’s not a problem cause I’m getting older and I can play from the senior tees.”

According to one statistic, the percentage of golfers who shoot their age is .0000089% or 9 per one million. Odds might be better of winning the lottery. So, when Blunt…