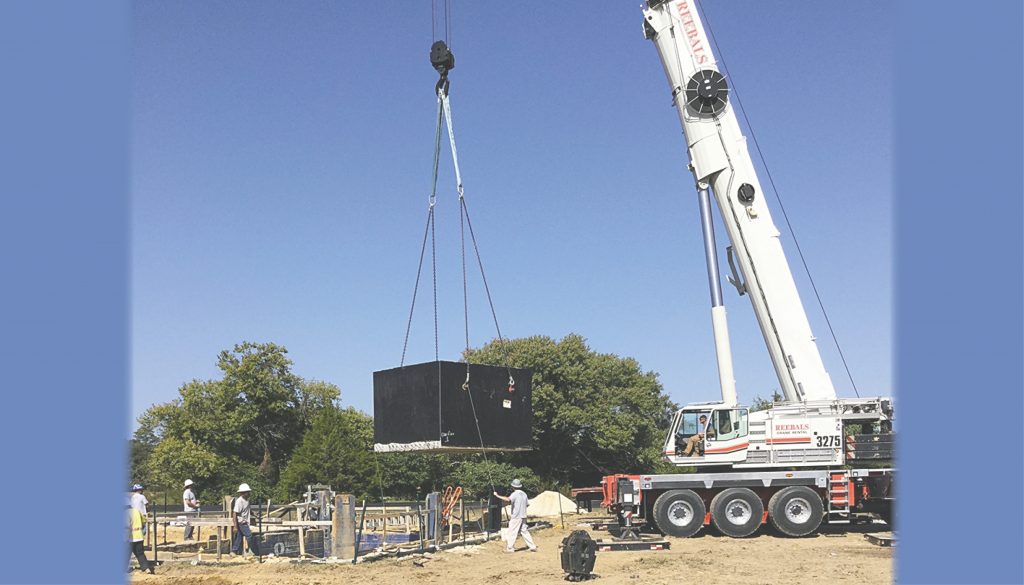 Two holding tanks were placed in the ground at the site of the sewage treatment plant off Mosquito Point Road in White Stone last week. Rains delayed progress at the worksite for several days until Franklin Mechanical Contractors of Kilmarnock set two 10-foot by 10-foot tanks inside a retaining wall and concrete was poured October 7. According to White Stone Mayor Randy Reeves, 11 tanks will be placed at the plant site, some as large as 10-foot by 20-foot. The work is part of the town’s ongoing public sewer system project.