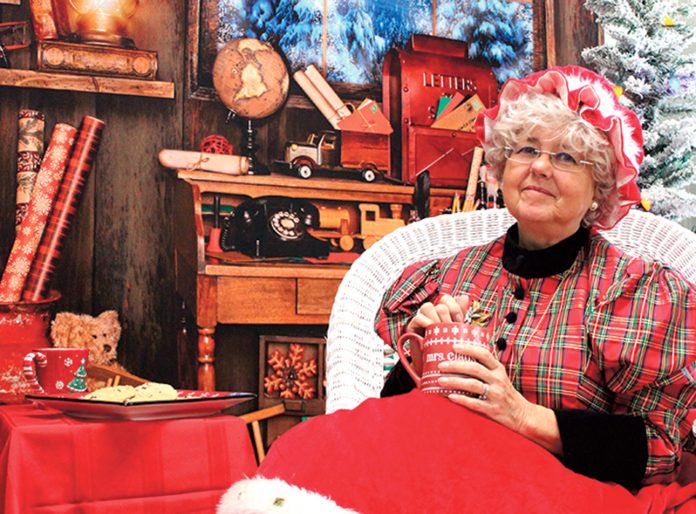 Every year around November, Cathy Wilson becomes famous—yet folks probably would not recognize her most of the time. Once Wilson dons her costume, her warm smile and gentle laugh are all that remain. Mrs. Claus has come to town.

Wilson, who recently moved with her husband, Tom, from Warsaw to Colonial Beach, comes from a long line of Clauses. Wilson recalls first meeting Santa when she was five. It wasn’t until years later though that she learned his true identity. “Come to find out it was my great-grandfather playing Santa as sheriff” in Butler County, Pa. Wilson’s father, too has put on the familiar red suit. “It was one of the things he liked to do for the community.”

The tradition continued later on with her…. [to-view-more]