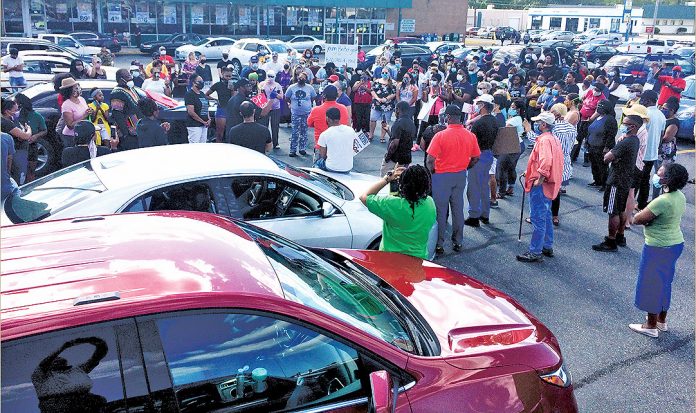 KILMARNOCK—While many rallies for justice turned violent and riotous across America over the weekend, some 300 peaceful protesters came together in Kilmarnock Sunday to call for an end to racism and police brutality. They did it through prayer, song and a stand for unity.

In the city of Richmond, Friday and Saturday nights were filled with violence and vandalism, moving many like Carisa Turner-Davis to react with love instead of hate. Turner-Davis organized a prayer in the park unity stand at Kilmarnock Town Centre Park Sunday afternoon. About 75 people, black and white, young and old, attended. For about 45 minutes, prayers and songs flowed.

Turner-Davis encouraged those gathered to…