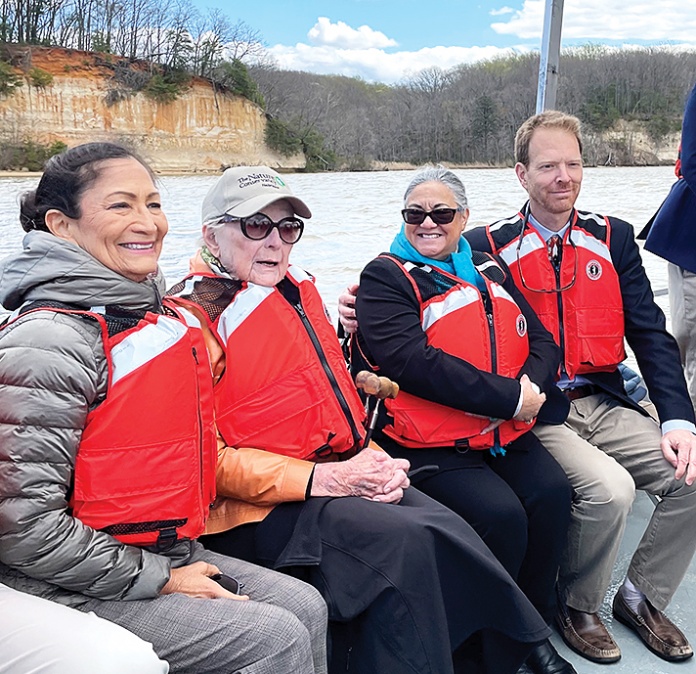 FONES CLIFFS—U.S. Department of the Interior Secretary Deb Haaland and the Rappahanock Tribe on Friday, April 1, announced the Tribe has re-acquired 465 acres at Fones Cliffs, a sacred site to the Tribe on the eastern side of the Rappahannock River.

The announcement came during a media event on the tract, according to a Chesapeake Conservancy press release.

Prior to contact with the English, the Rappahannock Tribe lived in at least three villages on the Cliffs––Wecuppom, Matchopick and Pissacoack. Fones Cliffs is where the Tribe first encountered and defended their homeland against English settler Capt. John Smith during his explorations in 1608.

“We have worked for many years to restore this….