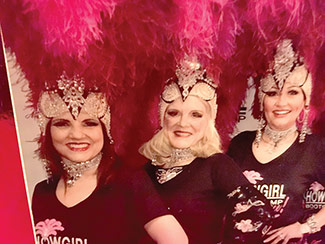 LAS VEGAS, NV—In January, women from all over the country sent in applications, resumes, videos and photographs to vie for the title of Ms. Super Senior USA 2019 after winning titles in their respective states.

Rebecca Tebbs Nunn of Kilmarnock, who was crowned Ms. Super Senior Virginia USA 2019 in January, was among them. In April, Nunn was notified that she had been named a finalist in the top 10. In May, the field was narrowed to the top five by the board of governors of the Senior USA/Universe Pageant which is affiliated with the Miss USA/Miss Universe Pageant. Those top five would be competing in Las Vegas. Nunn again made the cut.

On June 9, Nunn, vice mayor of Kilmarnock, left for a week-long competition in Las Vegas where….