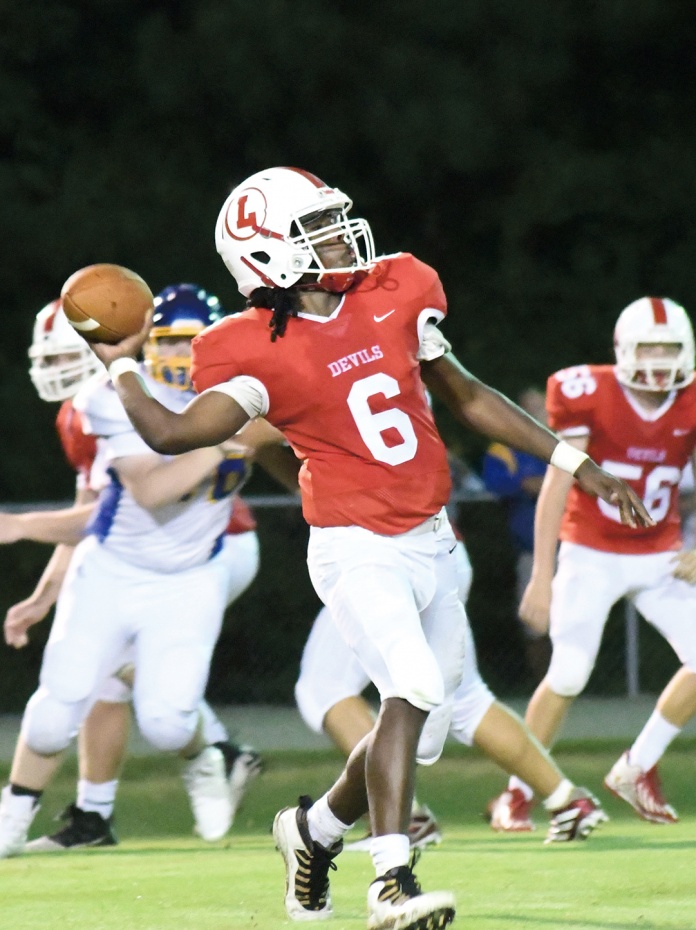 What a difference a few weeks and a full roster make.

After a shutout by Northumberland in the season opener and forfeiting to Sussex Central in week two, the Red Devils claimed a 44-8 victory over Mathews last Friday.

Lancaster was missing starting quarterback Calvin Redmond Jr. in week one but looked more confident with the senior veteran in the pocket against the Blue Devils. The Red Devils also were missing a starting receiver and lineman in the opener and dressed 15 players. LHS had also missed two weeks of practice due to a COVID-19 shut down. Lancaster had 20 suited up for last Friday’s outing. Mathews had only 14.