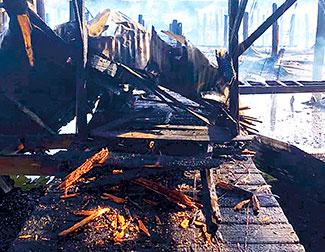 OPHELIA—Northern Neck firefighters on Saturday battled a blaze at JD Krentz Marina at the end of Flood Point Farm Road on the Little Wicomico River in Ophelia. When the smoke eventually cleared, the marina was partially destroyed and eight boats were sunk or unsalvageable.

“It broke our hearts because the boats that were there are unrecoverable. They were more than boats, they were lifetime memories,” said JD Krentz Marina owner Sandy Smith.

No one was injured and the cause of the fire…