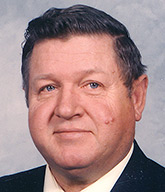 He was preceded in death by his loving wife, Evelyn E. Walters; parents, Thomas G. and Mary Ruth Walters; and brothers-in-law, Lamar Hunt and Willie Goin.

Tom was a loving father and grandfather. He was a local hero who served the community as both a Richmond City police officer and firefighter.

He will be missed by all those who loved him and all of those whom he loved.

The family will receive friends from 6-8 p.m. Thursday, April 4, at Bliley’s-Chippenham, 6900 Hull Street Road, Richmond, where a funeral ceremony will be held at 1 p.m. Friday, April 5. Interment will follow at Dale Memorial Park.