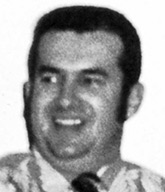 Randy worked as an engineer for Douglas Aircraft in California before joining his father in the metal manufacturing business in Cleveland, Ohio.

Upon retirement, he moved to Reedville where his grandfather, John Armistead Palmer, had once played a prominent role in the menhaden fishing industry. He volunteered as a docent at the Reedville Fishermen’s Museum. He was an avid golfer and bridge player.