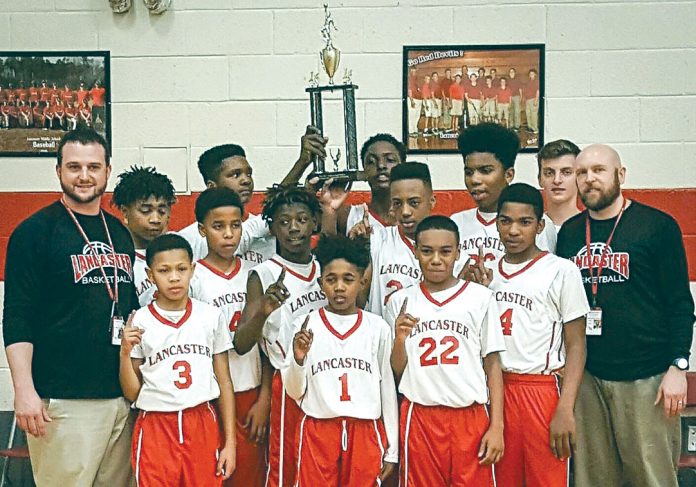 In the final game, Lancaster dominated from start to finish and blew the game wide open by half time. Lancaster’s Jakeem Redmond (#11) led all scorers with 15 points. The recent season marked the second in a row that LMS went undefeated and won the championship.