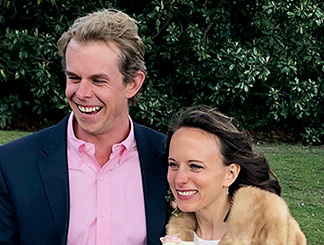 The marriage of Miss Peyton Fleming Curdts of Richmond, the daughter of Mr. and Mrs. William Rives Curdts of Hartfield, to Mr. Michael Patrick O’Shaughnessy of Richmond, the son of Mr. and Mrs. John King O’Shaughnessy of White Stone, took place May 9 at Horse Point on the banks of the Piankatank River in Hartfield. Ms. Janie Williams Crist officiated.

The groom is the grandson of Anne “Nancy” L. Reath and the late Robert A. Reath of Irvington, and the late Mr. and Mrs. Charles J. O’Shaughnessy of White Stone.

Except for the bride’s twin…[to-view-more]