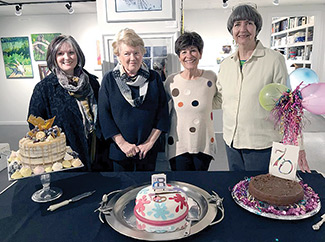 Members elected a board of directors for 2019 and celebrated the anniversary, reported vice president Barbara Kershner, communications and marketing team leader.