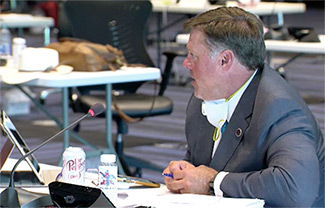 RICHMOND—In response to the mass protests against police brutality being held in Richmond and other cities across the country, the General Assembly is taking some steps to reform and increase oversight of law enforcement agencies.

Last Friday, members of the Virginia Senate unanimously (35-0) passed a law which would create a fund for the purchase and maintenance of body-worn cameras by state and local law enforcement agencies. Senate Bill 5052, introduced by Sen. Bryce Reeves of Fredericksburg, directs the Department of Criminal Justice Services (DCJS) to create the fund but does not appropriate any state funding.

No one spoke in opposition to the proposed legislation when it was considered by the Senate judiciary committee, which also voted unanimously (15-0) in favor of advancing the bill last week.