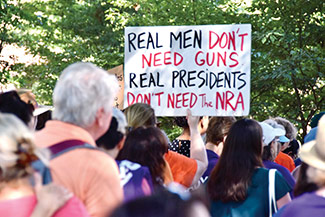 The General Assembly’s special session on gun violence Tuesday, July 9, was adjourned almost immediately by a majority of Republican legislators in both the House and Senate.

After only an hour and fifteen minutes the Senate voted 20-18 to adjourn the special session until November 18, followed by the House which voted 50-46 to adjourn after about an hour and a half of discussion.

The special session was called by Gov. Ralph Northam in the aftermath of the mass shooting in Virginia Beach which killed 12 people and wounded four others. The legislation proposed by Democrats for consideration during the special session included bills that would have required…