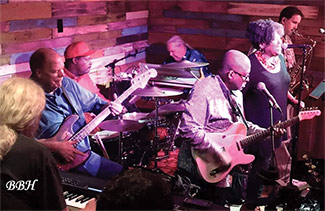 The Michael Clark Band, featuring Tracy Clark, will be featured on the Music by the River stage Saturday, August 10, at Belle Isle State Park.

The concert will begin at 6 p.m. in the picnic area at the park, 1632 Belle Isle Road, Lancaster. A $5 parking fee is payable at the front gate. Picnics are encouraged.