Excerpts taken from the April 2, 1925 edition of the Rappahannock Record. 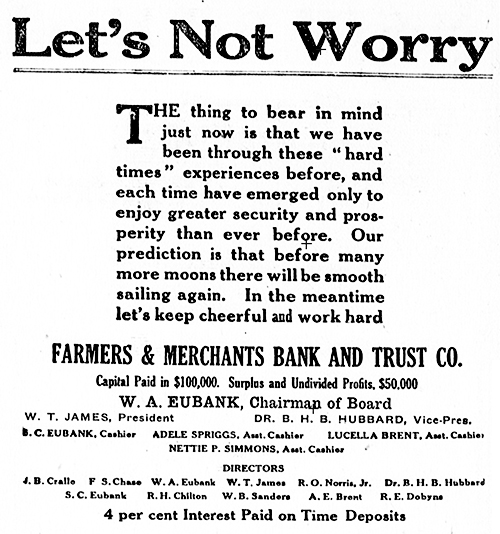 Only 65 per cent of the seed corn in the cribs of the Virginia farmers this year is fit for use, according to the Sears-Roebuck Agricultural Foundation. The figure is based on germination tests of seed corn from 162 farms in 67 counties in the state that were entered in the National Seed Corn Show held in Chicago last Week.

Fully 35 per cent of the Virginia seed corn tested showed poor germination, according to J.S. Naylor, the expert in charge of the testing. Presumably they are the best ears that these farmers could find, and yet this large percentage of them will not grow when planted. Unless farmers test their seed corn before planting time there will be a prodigious amount of replanting necessary. Testing now will prevent  an absolute shortage at harvest time, he says. 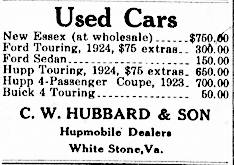 “The big lesson of the National Seed Corn Show can be learned by each Virginia corn grower in his own crib.” Says Mr. Naylor. “Take the dozen best ears. Each dozen ears will plant an acre of ground. The land is the same, the work is the same. Same weather. Same ovverhead. Same Cost. At the end of the season the best dozen ears will yield 18 bushels of corn on the acre; the poorest dozen ears will yield 18 bushels. The 12 good ears will yield twice the crop of the 12 poor ears. This is the lesson that every farmer should take to heart.” The Virginia state sweepstakes of the National Seed Corn Show was won by Roy O. James, of Falmouth, Stafford County, but he was later defeated for the grand championship by Mrs. Elsie M. Paluska, of Waverly, Ill., whose entry was awarded the thousand dollar C.M. Kittle trophy, the big prize of the Show. 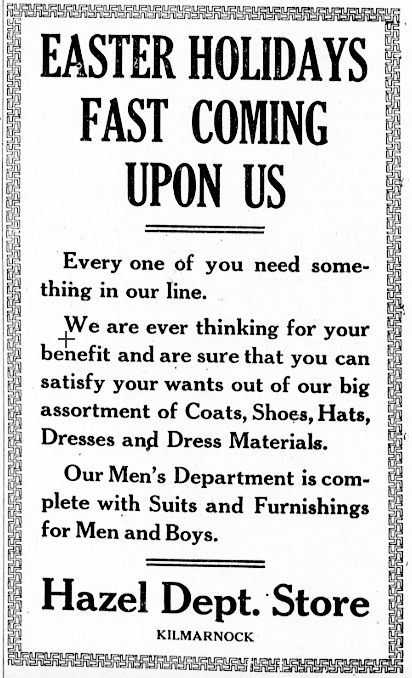 More than 100,000 taxpayers of Virginia made returns on the Federal income tax to the Richmond offie according to information given out by John C. Noel, collector of internal revenue. Accurate compilations of the totals of the returns probably will not be made before the end of the week. The work is being pushed rapidly, but its volume is enormous.

A great number of returns were received by mail. These were placed in the post office before the expiration of the time limit to make returns, which expired Monday at midnight. In accordance with law, penalties will me imposed on tardy returns of those tax-payers who failed to tender declarations.