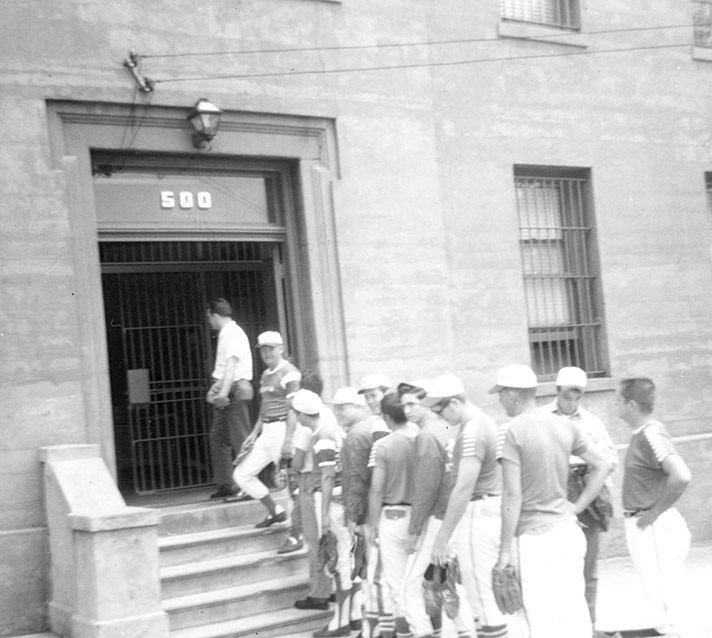 Leonard “Teeny Man” Hall leads the way as the Texacos enter the State Penitentiary in Richmond during the 1967 season. The Texacos won, 4-3, against an always good inmate team, reported team manager Carroll Lee Ashburn. Over 1,000 spectators rooted for the Texacos that day because they didn’t like the home team. Hall—known as the Texacos’ number one “fill in” man—never was a regular, although he was called on multiple times to replace a position player who couldn’t make the trip. Hall could play any position, including pitcher, and many times out-performed the player who he replaced, said Ashburn. The Texacos were a men’s fast-pitch softball team that played here from 1957-1972.