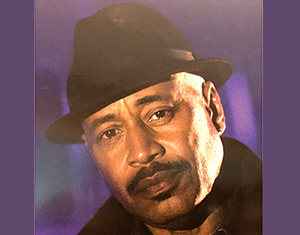 “It’s a blessing from God,” said Morris, who talks about the show with excitement. “I tell people, all the dreams I had stopped dreaming have now come true.”

Morris, a 1975 graduate of Northumberland High School, is the son of Dr. Eleanor Morris of Burgess and the late Rev. T. Wright Morris. He was born in Richmond, but as the son of a Baptist preacher, he moved around frequently as a child until landing in the Northern Neck when he was 15 as a freshman in high school.

After receiving a bachelor’s in mass communications from Norfolk State University, Morris was on the fast track, covering national news for the Independent Network News and CNN as part of the Washington press corps. He changed his career path and worked as a contract employee for the U.S. State Department’s anti-terrorism Embassy Task Group before joining the popular television show America’s Most Wanted in 1993, first as a segment producer then as an on-air reporter…