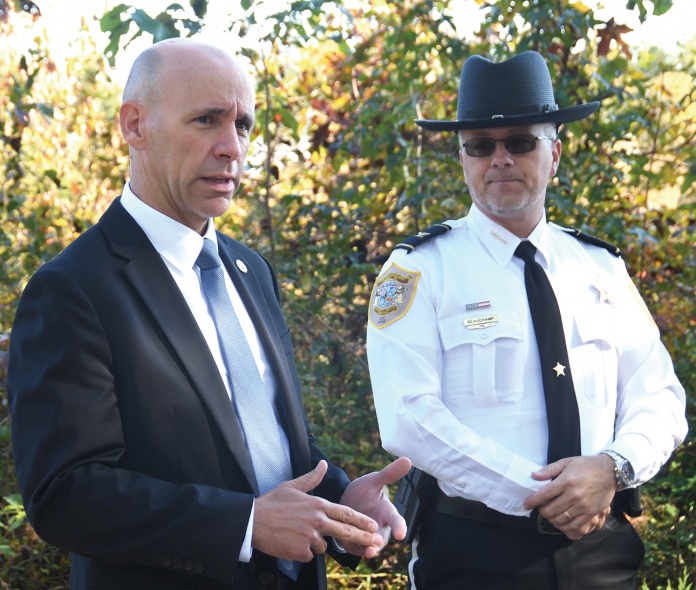 CRAWFORDS CORNER—Edward Robinson vividly remembers saying “see you later” as his son, Marcus Robinson, left their Heathsville home on March 9, 2013. But later never came. After more than eight years, his family and law enforcement are still looking for answers in his disappearance and suspected death.

Behind them, a memorial—a simple cross adorned with balloons, a teddy bear and a t-shirt detailing M. Robinson’s disappearance—marked the intersection of Crawfords Corner Road and Butter Road, where just down the narrow dirt road his 2006 white Lincoln Town Car was found engulfed in flames on March 10, 2013, a day after he was last seen.