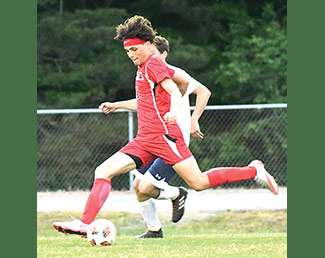 The Red Devils picked up their second district win to knock the Trojans out of the tournament. Lancaster advanced to play Rappahannock in the semifinals but lost to the top-ranked Raiders, 8-0, last Friday night. Rappahannock held the Devils to seven shots with first-team all-district forward Henry Smith taking four.

The Devils held a 4-1 lead with 15 minutes left but gave up three straight goals to host Essex for a 4-4 lock at the end of regulation. After the scoreless first five-minute overtime, Smith was taken down in the box…