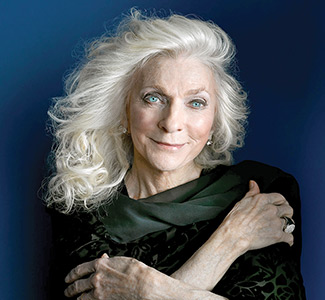 The Rappahannock Foundation for the Arts (RFA) will celebrate the 25th anniversary of its On Stage performing arts program with a 2018-19 season of stellar musicians performing a rich range of great music including classical pops, bluegrass, jazz, holiday music and a night of Beatles music, innovatively performed

The RFA will present its five-concert season subscribers with an exclusive bonus sixth concert as a special gift of appreciation: a Mother’s Day matinee performance by the legendary singer-songwriter Judy Collins.

Tickets to the Judy Collins bonus concert will be provided to season subscribers at no additional charge above the five-concert subscription price, said RFA president Peggy Stalnaker.

“It’s an exciting time for the RFA,” said Stalnaker. “We’re celebrating 25 years of wonderful On Stage concerts and honoring the support of our dedicated subscribers who share a love of live entertainment brilliantly performed right here in the Northern Neck.”

“An Afternoon with Judy Collins” will be presented at 3:30 p.m. May 12, 2019, at the Lancaster Middle School Theater, 191 School Street, Kilmarnock, the venue where all ‘On Stage’ concerts are held.

The award-winning performer is known for her imaginative interpretations of traditional and contemporary folk standards and her own poignant compositions.

Stalnaker said the Judy Collins concert is just one example of the diversified RFA’s ‘On Stage’ 2018-2019 line-up.

• Sgt. Pepper’s Lonely Bluegrass Band, 7:30 p.m. April 13. Imagine, the music of the Beatles shaken up with bluegrass instruments and infused with jazz and a classical twist.

On Stage season brochures will be mailed the third week of May. Subscribers who sign up by July 1 can take advantage of the early bird $10 discount and keep their current seat location. New subscribers will be assigned seats as subscriptions are received.

Subscriptions are $155 until July 1 for all six concerts. After July 1, the price goes to $165. Single ticket sales, if seats are available, will go on sale online or through the RFA office on August 10 at $39 for any of the first five concerts and on October 1 at $50 each for “An Afternoon with Judy Collins.”

To receive a brochure, contact the RFA office, 438-5555; or www.rappahannockfoundation.org.