KILMARNOCK—One of the most anticipated elections is still not quite one for the history books. With the surge in absentee ballots, results are taking longer to tabulate. According to the Virginia Department of Elections, as of 10 a.m.Wednesday, November 4, 99.8% of precincts had reported totals.

Virginia law allows for ballots postmarked on Election Day and received up until noon on Friday, November 6, to be counted. Results won’t be certified until November 16.

However, there were some clear winners despite not having all the votes in. Results are unofficial.

Nationwide, it may be a couple of more days before results are known in the presidential race between Republican incumbents Donald J. Trump and Michael R. Pence, Democrats Joseph R. Biden and Kamala D. Harris and Libertarian running-mates Jo Jorgensen and Jeremy F. “Spike” Cohen.

Voters were clearly in favor of both proposed amendments to the Virginia Constitution. 65.76% voted in favor of the amendment which would establish a 16-member redistricting commission made up of eight members of the General Assembly and eight citizens of the Commonwealth. The commission would draw congressional and state legislative districts that would be voted on by the General Assembly.

Some 85.97% were in favor of the second proposed amendment which would eliminate state and local taxes for trucks or automobiles owned and used primarily by/for veterans with total disabilities that are both service-related and permanent.

In a tight race for U.S. Senate between Democratic incumbent Mark R. Warner and Republican challenger Daniel M. Gade, Warner was in the lead with 55.63% and Gade had 44.28%.

In the race for U.S. House of Representatives, District 1, Republican incumbent Robert J. Wittman was leading challenger Qasim Rashid by a wide margin with 58.77% of the vote, but Rashid was not conceding. In a press release sent out at 10:30 p.m. Tuesday, Rashid said that with 286,000 votes yet to be counted, “we believe that every vote should be heard for us to have a clear and accurate picture of what’s going on.” 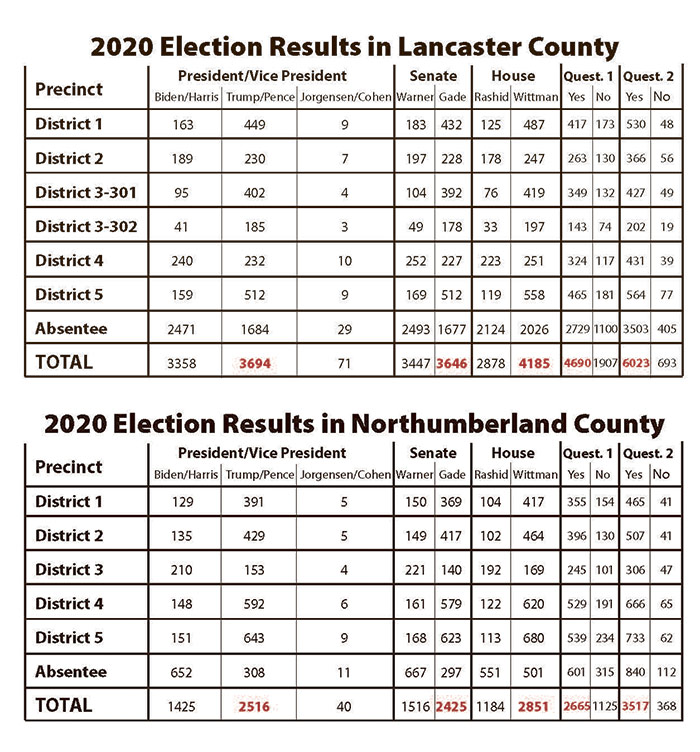