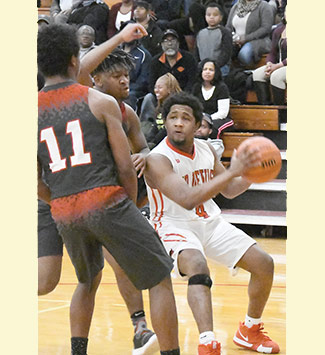 Down by two with four seconds on the clock against Lancaster last Friday night in varsity boys basketball, he went for the win instead of the tie. The Raiders put four players around the arc and threw the ball inbounds under their own goal. Tyler West put the shot up and caught nothing but net on the way down to lift the Raiders over Lancaster, 42-41.

Free throws kept the Raiders in the game in the final eight minutes. Rappahannock scored all 11 of their fourth-quarter points—before the trey—at the charity…