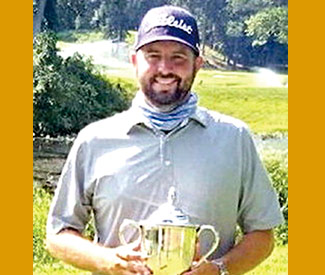 Speight competed against 220 players August 24-26 at the Country Club of Woodmore in Mitchellville, Md., and at The Cannon Club in Lothian, Md.

It was the first time in nearly a decade that a Middle Atlantic PGA professional claimed the title of Maryland Open Champion, according to the Maryland State Golf Association (MSGA) website. Speight fired three straight rounds in the 60s (67-69-68) for a 204 total and posted 11-under par to earn a one-stroke victory over runner-up and fellow MAPGA member, Larkin Gross of Center Cross.

“Speight’s consistent play throughout the week and down the stretch during the final round was key to his win. After a bogey-free front nine…