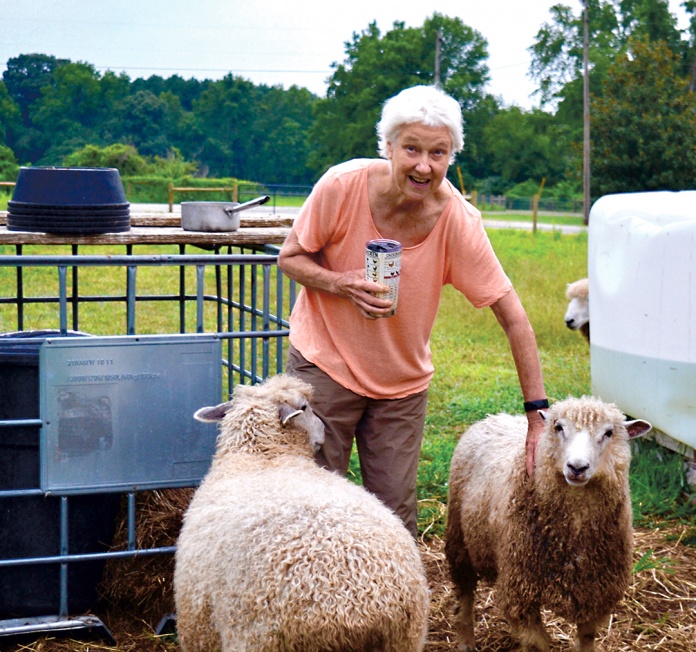 Nan Harvey begins most of her mornings around 5:30 a.m. with coffee in hand and dew on the grass as she greets her six Leicester Longwool sheep and several heritage breed chickens on her home-turned-farm.

A self proclaimed “farmer-wannabe,” Harvey has dedicated her early mornings, some sleepless nights and hours of labor into her small but growing estate which she calls Point Pleasant Farm.

Harvey, who previously owned her own architecture firm in Maryland, purchased her waterfront property in 1999 and moved to the Northern Neck full time in 2006. The property which covers about 40 acres is primarily wooded or in crops but has roughly 10 acres of open pasture for her sheep to roam.

“I got into this in large part because I’ve always admired the daylights out of farmers and now it’s even more so. Such hard work, long hours and…[to-view-more]